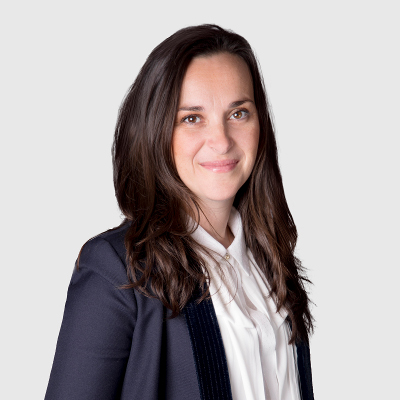 Legal 500, 2021
“Julie Spinelli is particularly remarkable, not only for her mastery of procedures and her files, but also for her level of English which I find much superior to what I have encountered in other firms.”
Legal 500, 2021
“Julie Spinelli is outstanding. Julie is comfortable handling both international commercial and investment treaty arbitrations with an enviable track record of success in both. A good oral advocate.”
Legal 500, 2021
“Julie Spinelli is a highly innovative and creative lawyer. She possesses a sixth sense when analysing matters, identifying and addressing highly complex issues, which will make her one of the best lawyers of her time. She possesses a rare perspicacity when dealing with clients and difficult matters.”
WWL International Arbitration, 2021
Julie is “truly excellent” and is “quickly becoming one of the biggest stars of the Parisian arbitration bar”
The Legal 500, 2020
“a bright lawyer who impresses with her ability to sum up complex ideas in very simple terms. She is truly tactical and greatly reactive. She is a good person to have at one’s own side in a difficult case.”
WWL International Arbitration, 2020
Julie is “an excellent arbitrator” who is hailed by peers as “a very talented lawyer of her generation”. She is “known for the quality of her work as well as her great communications skills”
Décideurs Juridiques/Leaders League
Julie has been identified as a “fighter” and among the “30 rising stars of the Paris bar recognized in their specialty for their talent, their commitment, their extraordinary career” in an article entitled “Business Lawyer: the next generation of 2020”
WWL International Arbitration, 2019
Julie is “‘always a pleasure to work with’ say peers, one of whom comments, ‘Julie is one of the best French lawyers I have worked with and is highly respected’”
Décideurs Magazine
Julie has been ranked in the 2021 Arbitrators list in the “Strong reputation” category

Julie Spinelli enjoys a strong and recognised expertise in international arbitration. She acts as counsel in domestic or international arbitration proceedings, ad hoc or institutional (ICC, LCIA, ICSID, SCC, CMAP and UNCITRAL), for States as well as French and foreign companies in disputes in the sectors of energy, construction and engineering, aeronautical, chemicals, pharmaceuticals and hospitality.

Julie regularly acts as an arbitrator.