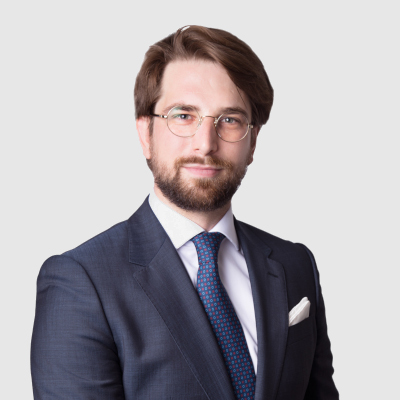 Licensed in Paris as an Avocat à la Cour and in New York as an Attorney-at-Law, Yann focuses his practice on international and domestic arbitration as well as litigation.

Yann has acted as counsel in both commercial and investor-State arbitration proceedings, conducted under various arbitration rules (ICC, LCIA, ICSID) and ad hoc.

He is notably experienced in proceedings arising out of a broad range of commercial contracts, including oil & gas exploration development and exploitation, engineering procurement & construction, licensing, distribution, agency, management and share-purchase agreements.

In addition, Yann has also been involved in annulment, enforcement and other arbitration-related proceedings, as well as in commercial litigation and conciliation proceedings.

Yann has represented clients from a wide array of industries, such as the energy, construction and engineering, telecommunications, aeronautical, express freight and logistics, chemicals, pharmaceuticals and hospitality sectors.

He has also authored numerous articles on arbitration and has co-taught several seminars in the field.

Prior to joining Le 16 Law, Yann worked for five years in the international arbitration groups of Freshfields Bruckhaus Deringer and Dechert in their Paris offices.

During his legal studies, Yann also served as a legal research assistant to Dr. Eduardo Valencia-Ospina in relation to Dr. Valencia-Ospina’s mandate as the Special Rapporteur on the issue of the Protection of Persons in the Event of Disasters at the International Law Commission of the United Nations.

Yann is a graduate of Université Paris I Panthéon-Sorbonne and Fordham University School of Law.

A native French speaker, Yann is also fluent in English.